Introducing the management of multiple groups working with different projects in parallel. 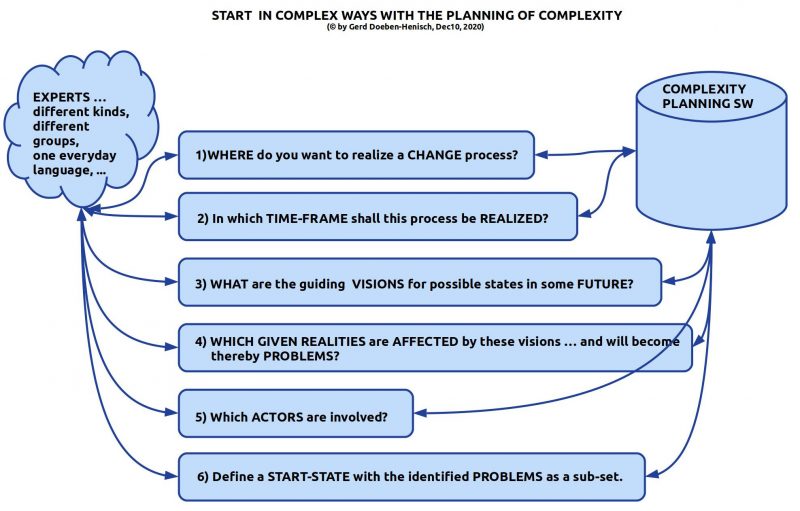 During the last sessions with different groups some first procedure shows up like a recipe to prepare the start of a development process using the komega-SW (See the this whole page and some others).

Supported by the complexity planning software — working title ‘komega-SW’ — different groups of experts, which are using one of the possible everyday languages can proceed with the following steps:

An Overall Tutorial [DE ] and Example 1 for the German Students in the Modul ‘Kommunalplanung & Gamification. Labor für mehr Bürgerbeteiligung’

(This update has been highly influenced by discussions with Philipp Westermeier and Athene Sorokowski from the ZEVEDI–INM Team). 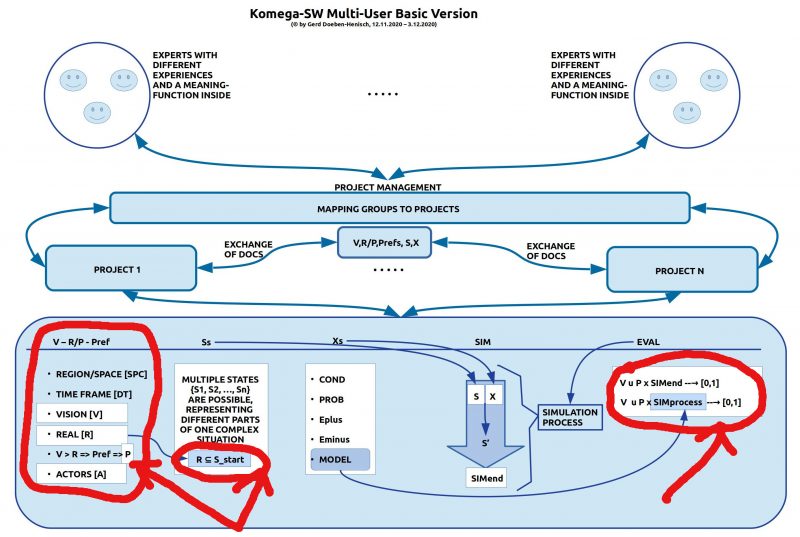 The above figure shows a slightly renewed version of the komega SW as a whole. The arguments for this change are discussed elsewhere. 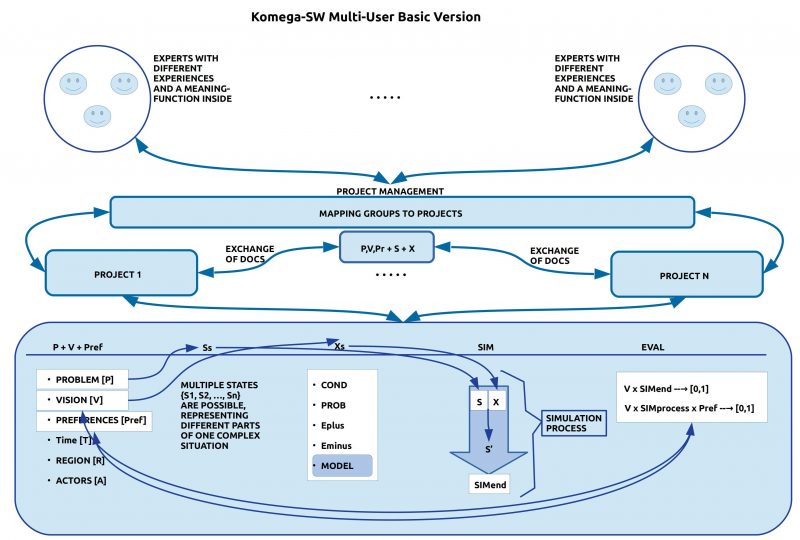 A new and enlarged document to serve the needs of some German Audience.